This is the eighth, and penultimate, of the eight boat stories.

My first boat, Dawn, arrived with a Lister LR2 diesel engine. When I bought her, the boat was about 20 years old, but the engine was double that. What lives, I wondered, had the engine had before it ended up in a boat?

It wasn’t a terribly long after that that my father laid his hands on a very slightly better engine, a Lister SR2, and convinced me that it would be in my interests to swap engines. The Great Engine Swap ensued. And you can read about it here, here and here.

The old engine came out of the boat and sat in his garage for years before it was called into service to provide some gravitas to our wedding, as it hoisted the flag.

Where do you go from there? It is a great crime having a diesel engine (or musical instrument) all reconditioned with no-where to go. It’s fun to start it up every now and again just to watch it go, but that’s no life for a vintage engine.

And so, with a heavy heart, he advertised it on the web. “Lister LR2”, the ad read. “Probably started life in a Benford dump truck. Then 20 years on a canal boat and 6 years in my garage. Variable speed. Starting handle. Starts well.”. 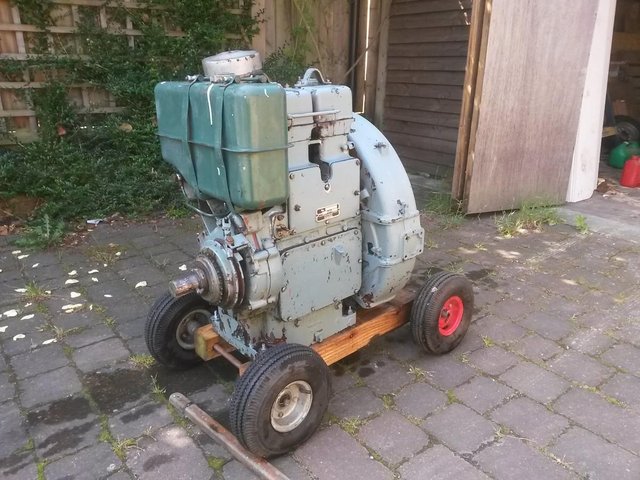 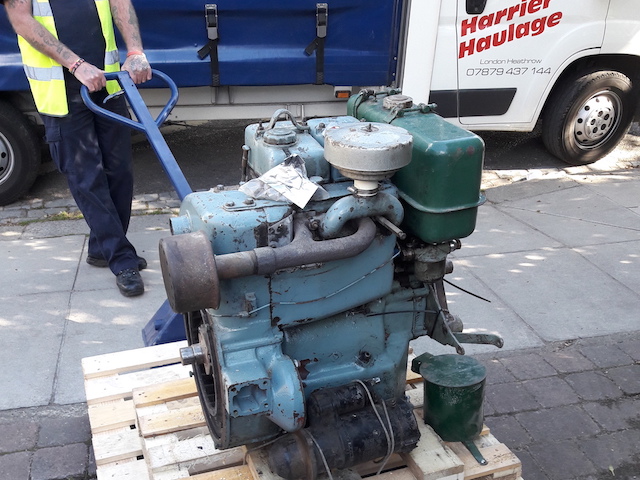 After one or two enquiries a chap by the name of Emile got in touch. He had some contacts in Guyana who needed a diesel generator.

People tend to want vintage diesel engines for two reasons. The first, which is nostalgia, is fine. It’s the reason that my father hung on to the engine for six years. But the second, actually getting things done, is far more noble. And though this engine had reached a venerable age, I can see the attraction.

For all the choruses of “Listers never break” (reader, it did), it was relatively simple to fix. Having a brand new modern Japanese Yanmar engine in our new boat, I wouldn’t even know where to begin looking if it broke down. Luckily the one time we did break down it was just because we ran out of fuel. I know which engine I’d rather have in a remote village in Guyana.

The engine was drained of oil, strapped to a shipping crate and sent off to South America. Where it now sits. 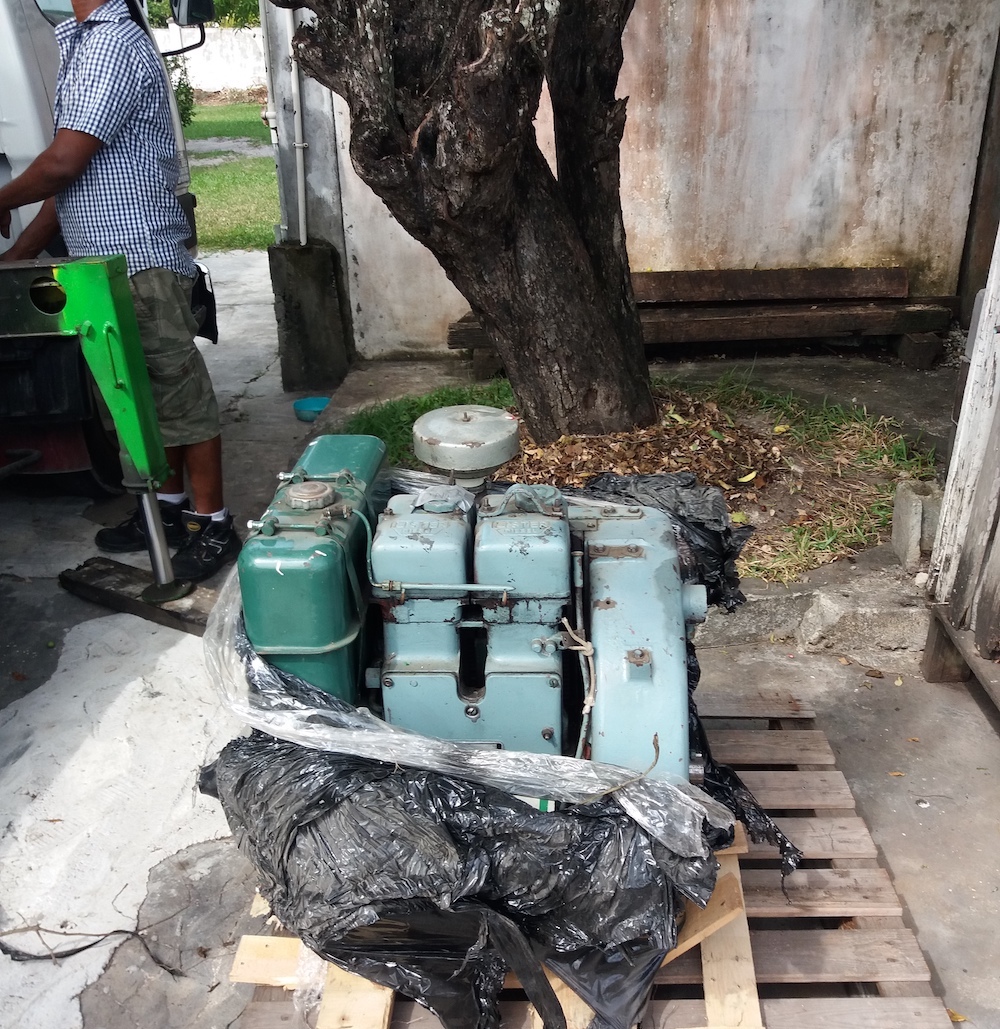 The start of something new

As to what happened next, I do not know. It’s strange to think of my trusty boat engine, which trundled us from Stafforshire to Oxford, ferried countless friends and took me home from the pub the morning after is now half way across the world. My time with that engine was only a chapter in what I hope will continue to be a long life.