This is the second of the eight boat stories.

Whatever happened to that Lister LR2 engine that valiantly got us from Staffordshire to Oxford on only one cylinder? That was hoisted out and replaced with a model with only marginally higher horsepower?

It sat in my father’s shed for years. That is, until I met someone that I knew I wanted to spend my life with. And not all that long after we got to know each other I started to hatch a plan.

This was a multi-step plan. Not all of the steps involved motorised marine transport, but one step did involve buying a whole new boat. And that old Lister played a significant part in the denouement.

We wanted the kind of wedding that we could look back on and say “we couldn’t have done any better”. We had it all: blazing sunshine, music, dancing, a sauna and a fry-up the next morning. And watching over festivities was The Flag.

For a flag with such responsibility, the hoisting had to be a solemn but happy affair. We couldn’t think of anything with more gravitas than that engine and as much gravity as its flywheel.

We started our wedding ceremony in the barn, said our vows before our family and friends and led them to the flagpole. There, they surrounded us in a circle. I gazed into her eyes, reached inside my wedding suit pocket and produced two items: a pair of latex gloves and a checklist. She donned the gloves, flipped the decompressors and spoke her first words to me as a married woman:

And, surrounded by our community, I turned the starting handle and the engine chugged into life. Up went the flag. 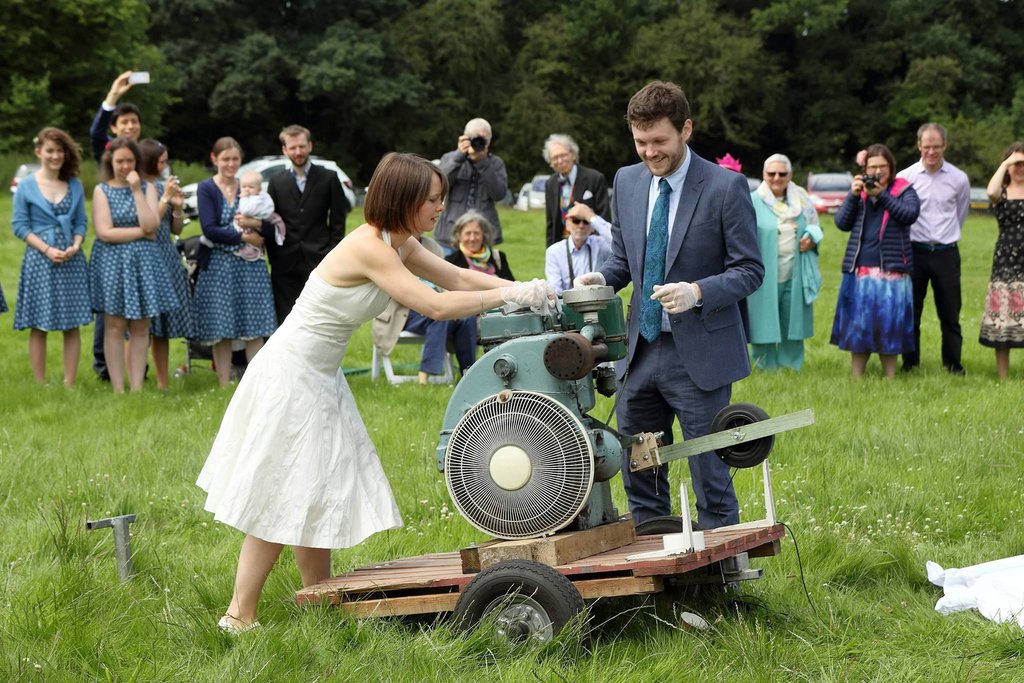 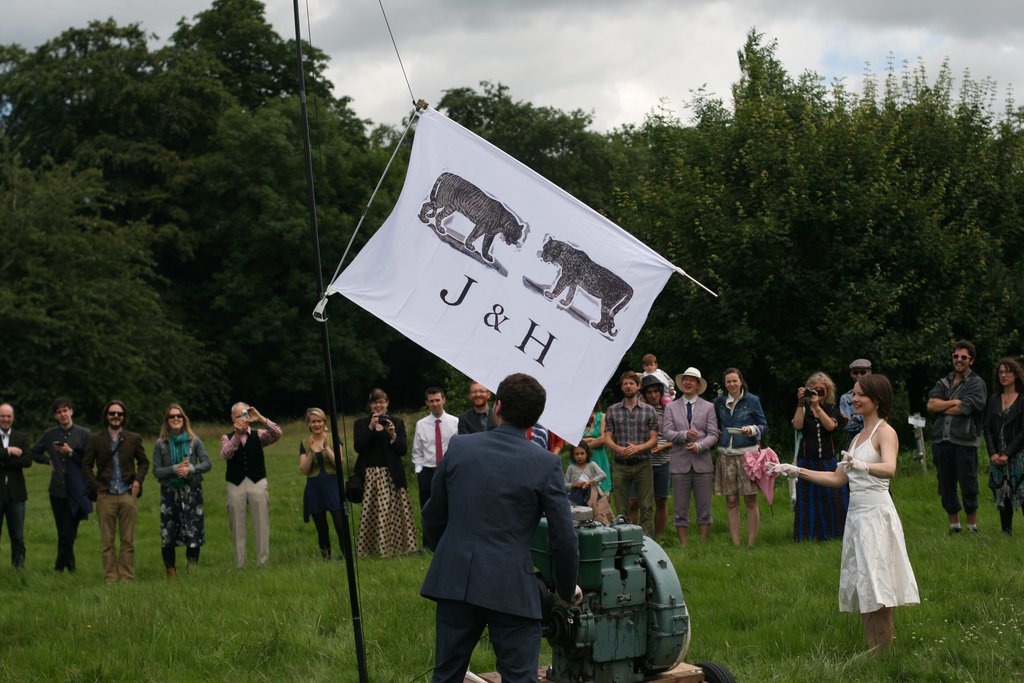 The engine wasn’t only there for serious matters. It got to have some fun in the Royal Animal Race later. 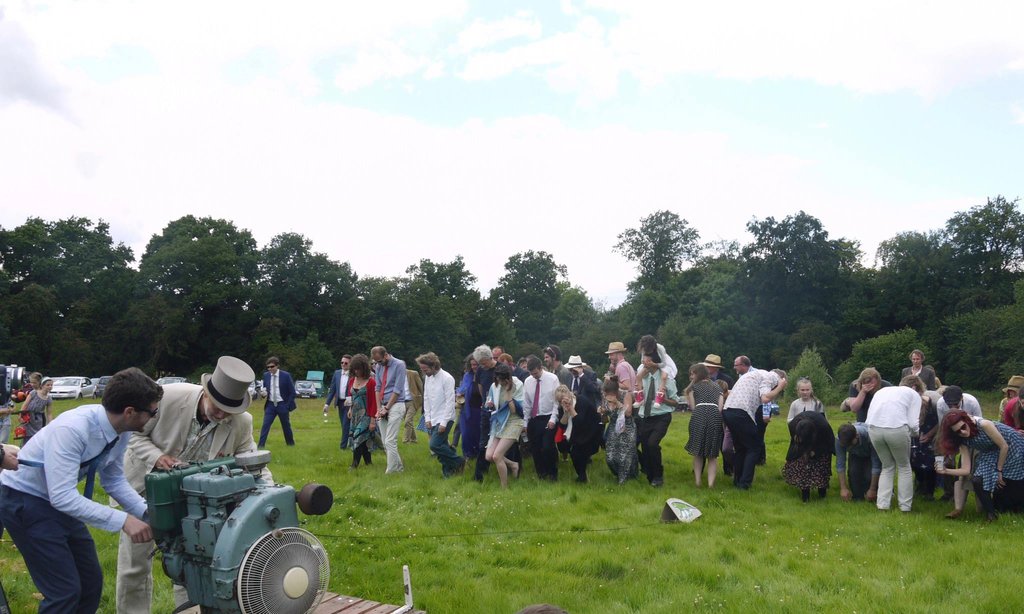 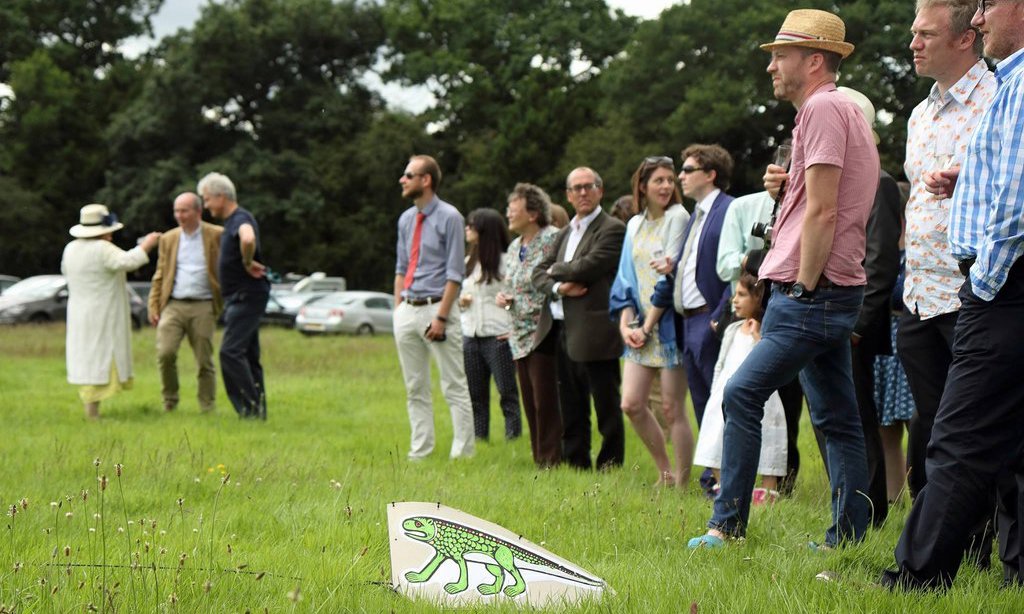 And, as you’ll discover if you read future Boat Stories, this was far from the weirdest thing to happen to the engine after it left my boat…