I come from an engineering family. I know no-one who enjoys playing with engines more than my father. Within days of me buying a boat he had opened up the engine and taken the cylinders off to re-fit the piston rings. Admittedly, the reason he did this is that the engine had failed and we were stranded thirty miles outside Oxford with an immobile boat. But I have a feeling it would have happened anyway sooner or later.

Amongst the reasons for the failure was the fact that my boat was equipped was a fairly antique engine. A fine piece of British engineering, a Lister LR2 made in 1969, but an old engine. He managed to scrape the coke off the piston heads, replace the piston rings, give the cylinders a scrub, adjust the injectors and put it back together, and the engine sprung back into life. But it’s never quite been the same as it was back in 1969.

I got an excited email from him a few months ago, saying that he had found a better engine at a superb price and how did I feel about swapping engines. It’s a lot of disruption swapping out an engine (it’s more complicated than it sounds, and it sounds quite complicated) and I ummed and aaahd for a bit. Before I’d stopped umming, I got another mail saying that he had bought it.

The new engine is a Lister SR2. It has greater horsepower, and the unit itself is in far far better nick.

So last weekend, he arrived with a load of equipment in tow. Every item had at least two uses. The plan is twofold.

Here are photos from the removal. Let the record show that I did actually help, but I also took photos. Scroll to the bottom for a video I personally find very amusing.

You can read what happened next! 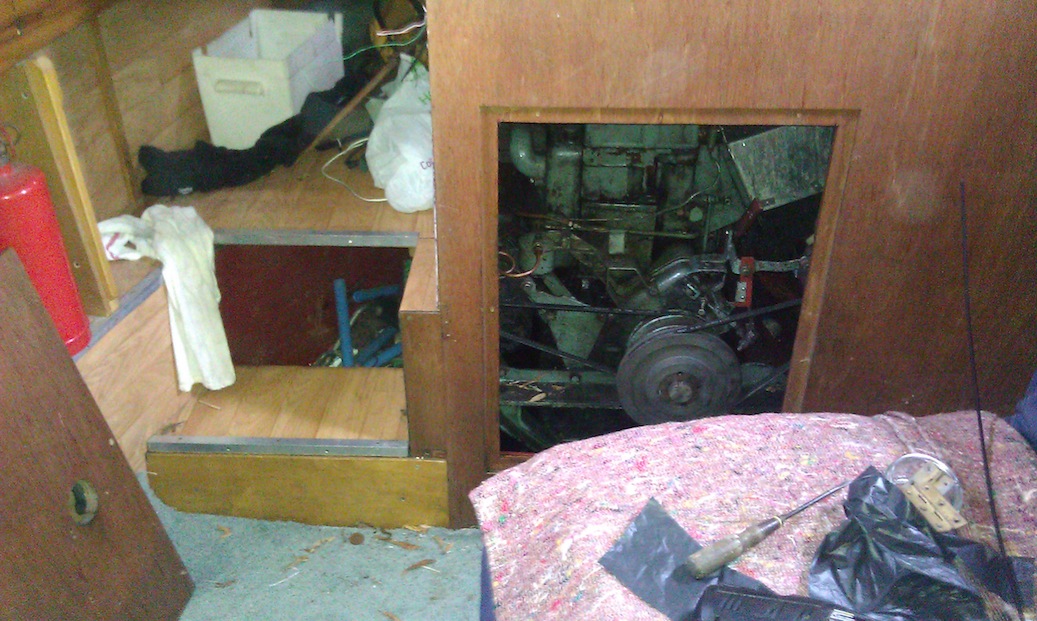 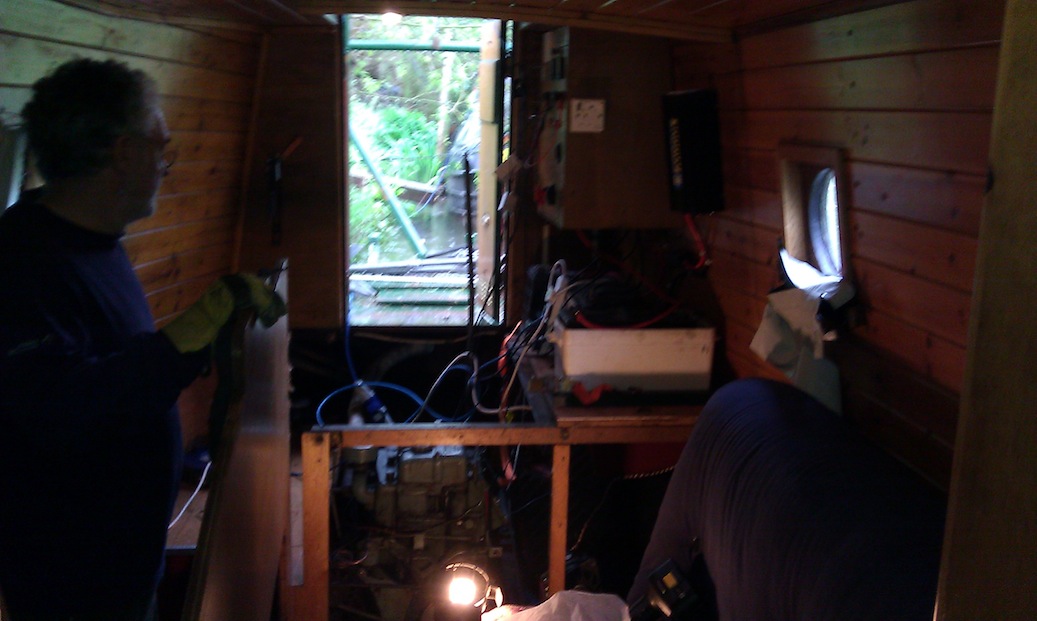 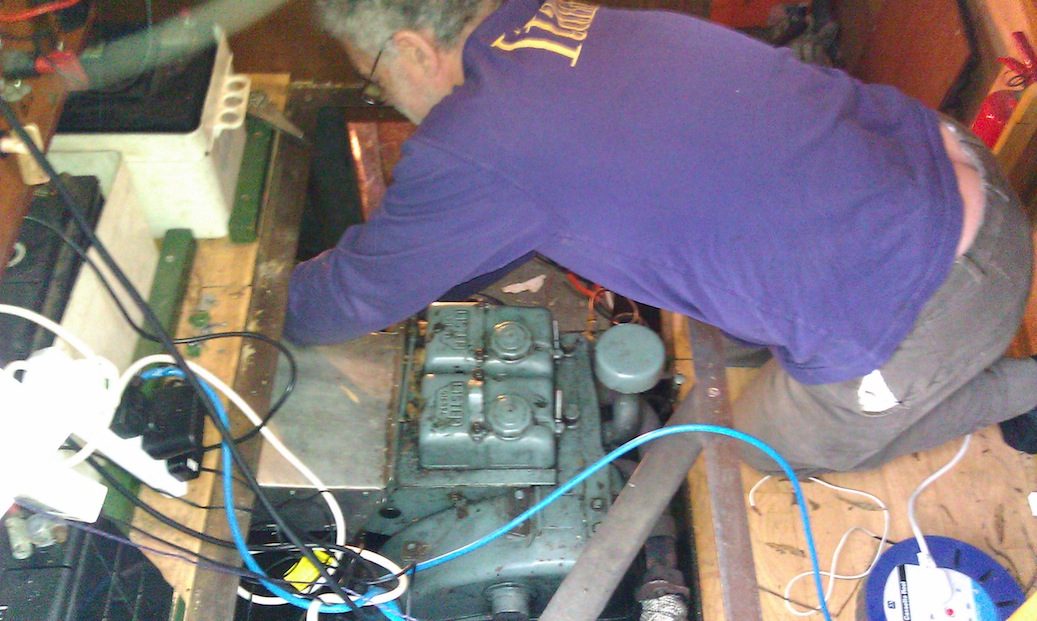 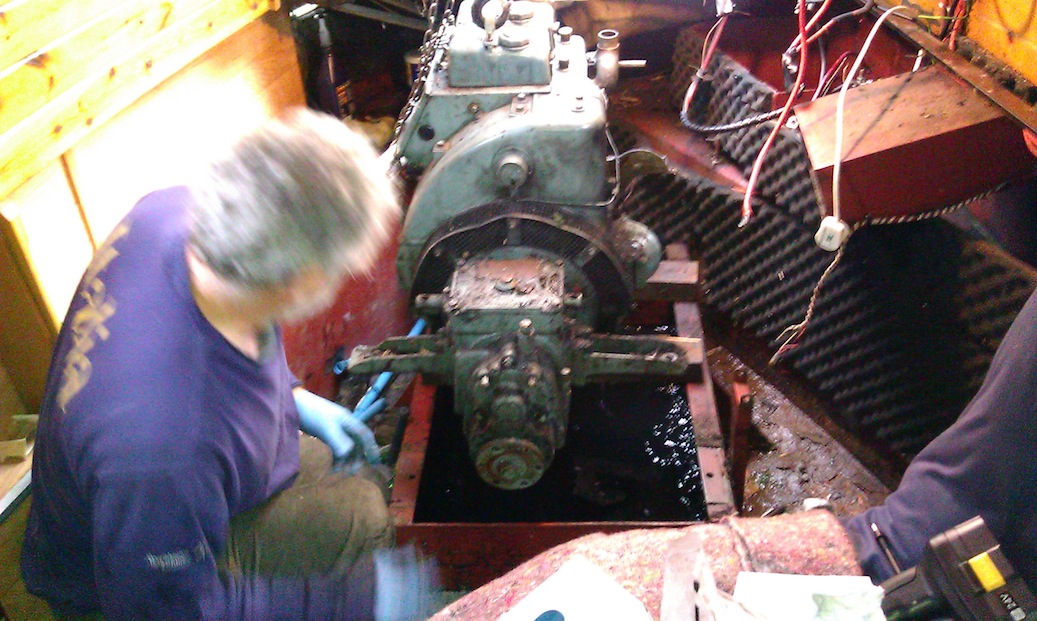 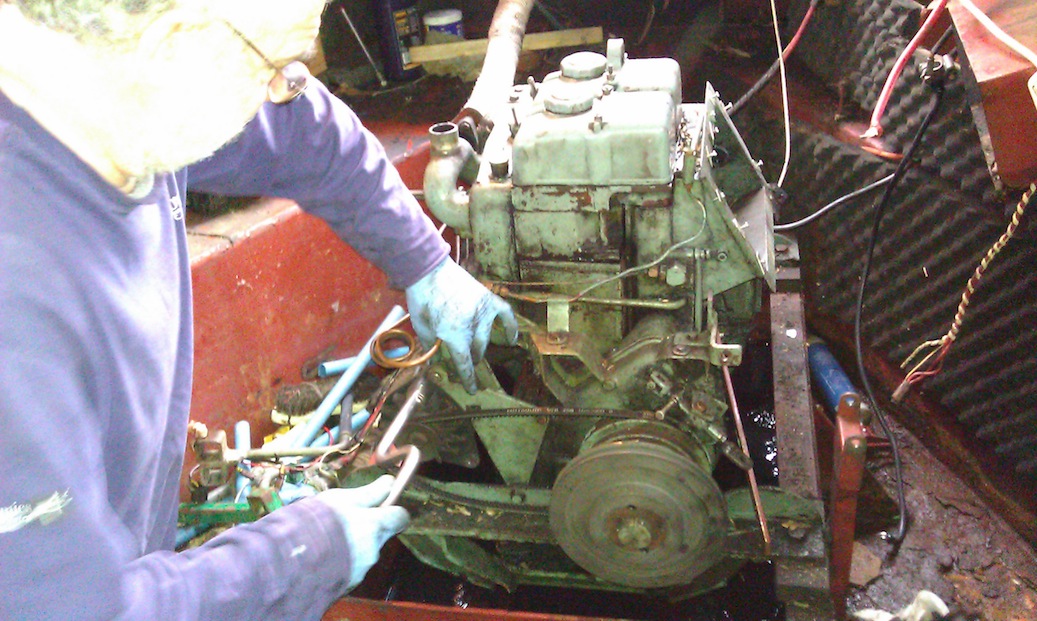 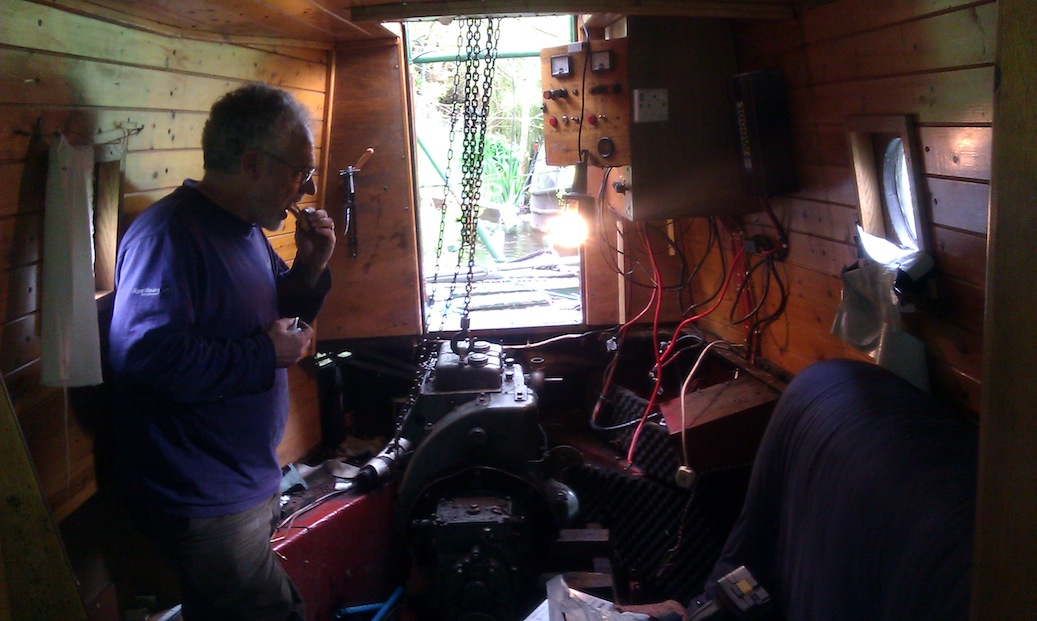 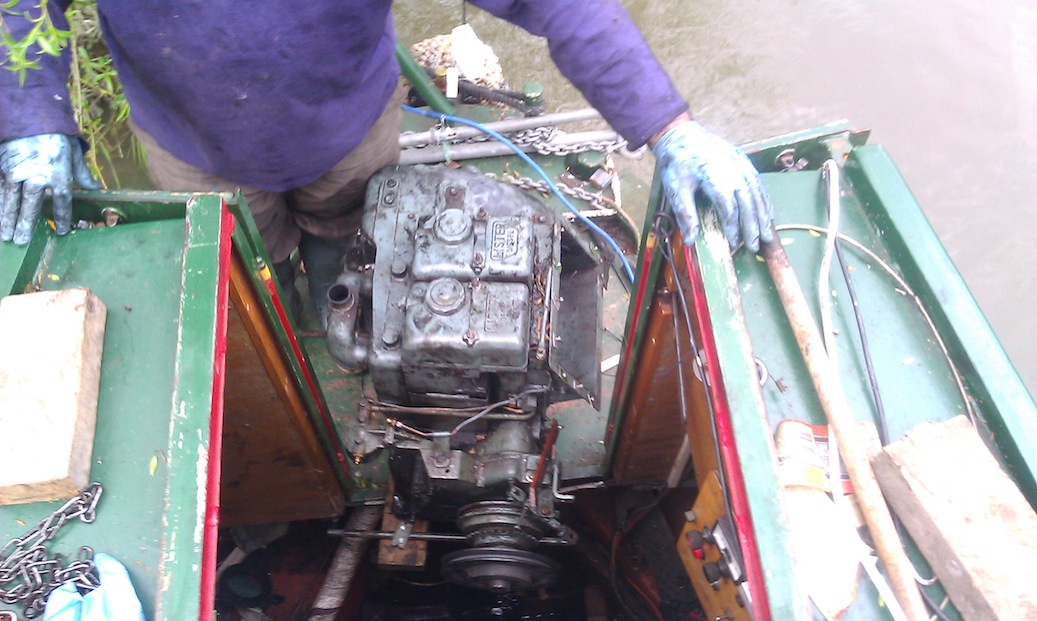 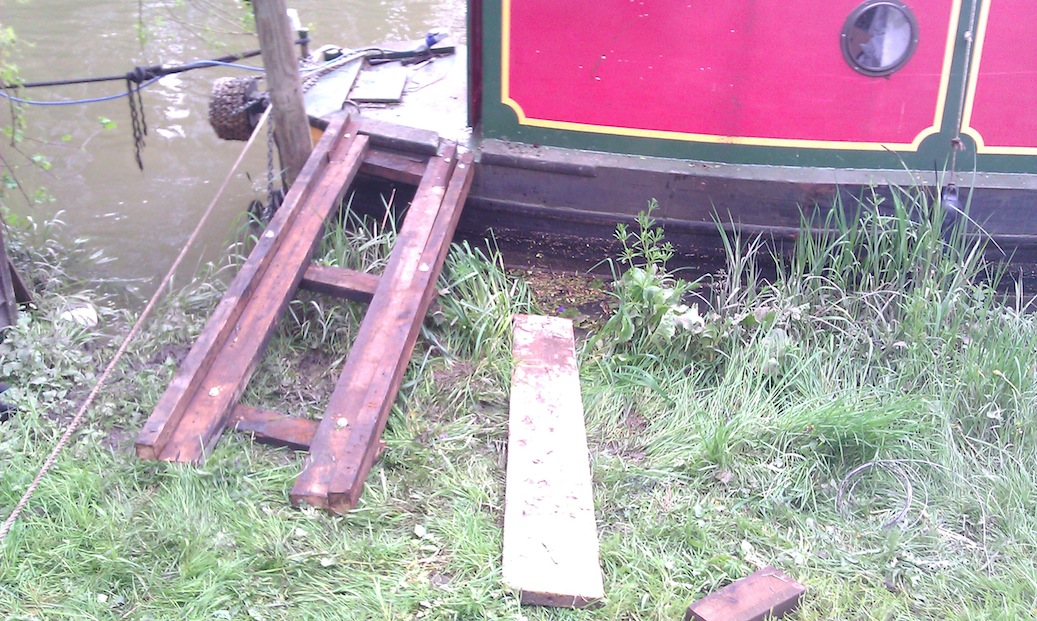 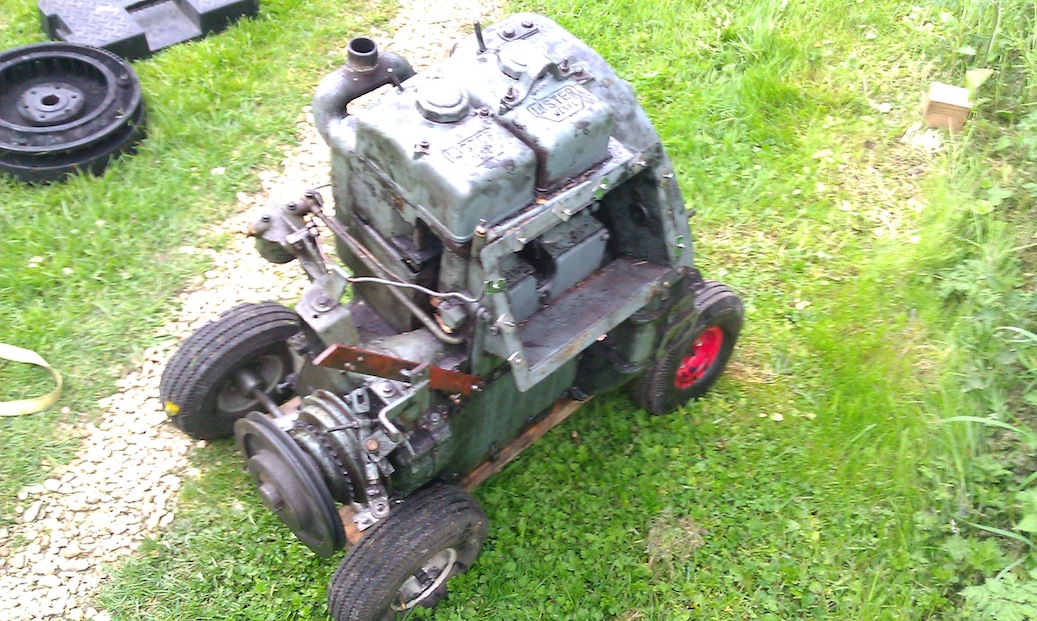 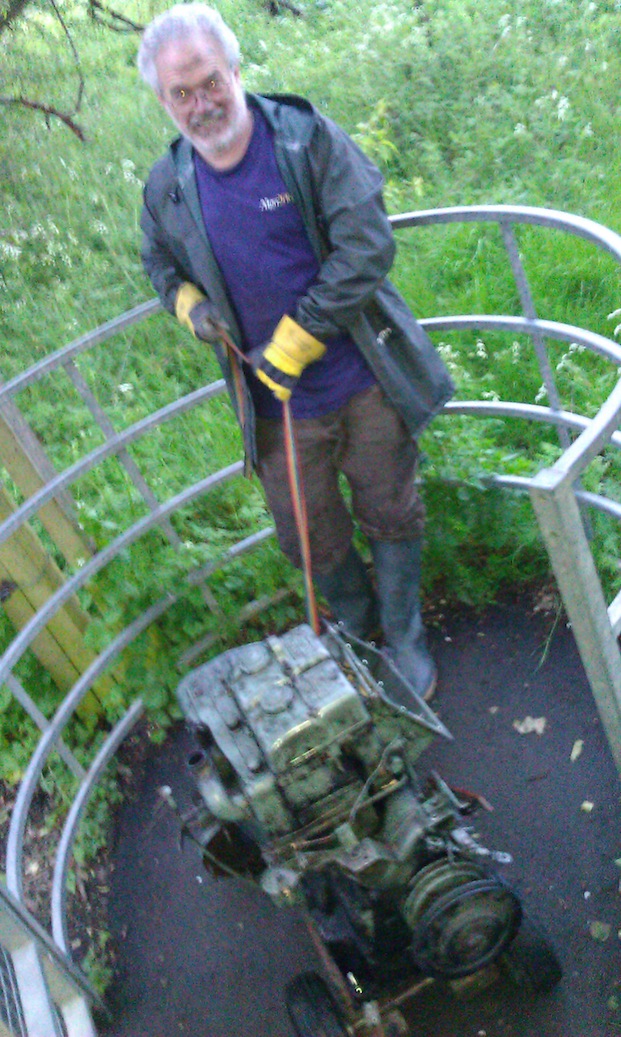 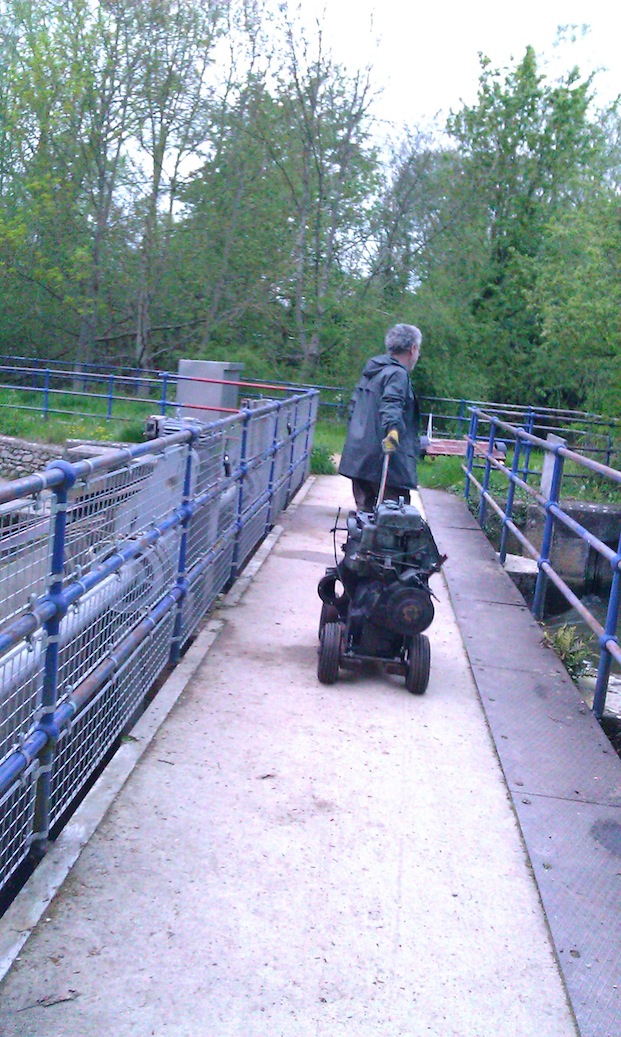